Sports play an integral role in the culture and economy of Atlanta. With a plethora of sports teams, there is something for everyone. Whether you are a fan of baseball, football, basketball, soccer, golf, or even MMA, Atlanta delivers.

Until the Milwaukee Braves became the Atlanta Braves and the NFL handed over the Falcons, Atlanta could hardly have been considered a sports mecca. This 1960’s era explosion of pro league teams calling Atlanta home changed the previously college-centric focus to a more broad love of sports. Now, however, the city is a genuine sports hub in the South, inviting fans of different loyalties to gather together in (relative) harmony. Between the adored major league teams and the well-loved college teams, sports gives many Atlanta natives something in common.

Cheering for their favorite team isn’t the only reason Atlantans love sports so much. Being the largest post-grad destination for SEC and AAC schools coupled with the fact that the Braves alone brought in 267 million dollars in revenue in 2014 means that Atlanta sports offers a major economic boost. In 2013, the Atlanta Falcons raked in 57 million in revenue. While significantly less than the Braves, 57 million is nothing to sneeze at.

Let’s not forget the Atlanta Silverbacks, our resident professional soccer team. Though not as widely celebrated as the Braves and Falcons, soccer fans don’t let anyone forget our stake in Major League Soccer.

As one of the most important cities in the southeast, Atlanta not only brags of successful baseball and football pro league teams, but also of many other sport sectors. One of the largest sports attractions in Atlanta is The Atlanta Speedway. NASCAR fans gather every Labor Day to watch the Sprint Cup. The Speedway attracts nearly 200,000 fans per event. If you’re from the South you know how seriously we take NASCAR races.

Professional golf fans won’t be disappointed with the major golf events held in Atlanta every year. The TOUR Championship sponsored by Coca-Cola attracts many fans from around the world.

Regardless of which mode of sports you are a die hard fan of (or if you just enjoy getting in on the tailgate action) Atlanta has more than enough options to choose from.

Atlanta Sports2015-06-252018-03-28https://www.engagemarketingllc.com/wp-content/uploads/engage-marketing-logo-red-letters-1.pngEngage Marketinghttps://www.engagemarketingllc.com/wp-content/uploads/atlanta-sports.jpg200px200px
Contact Us
See How We Can Help!
Location
Copyright All Rights Reserved © 2015
Our New WebsiteUncategorized 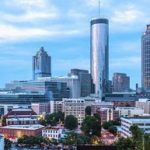